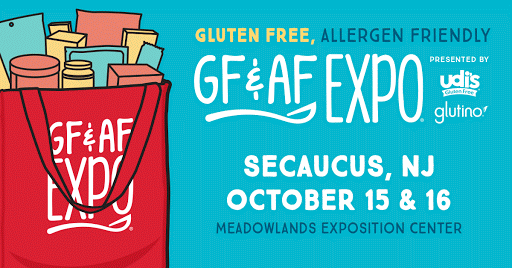 Guess what’s back???? Only my favorite event of the year, The Gluten Free and Allergen Friendly Expo! If you’ve spent at least 5 minutes on my blog you can see that I am a HUGE fan! This year will be my 4th (!!!) Expo!

Here’s the spark notes version of the GFAF Expo:

Have I sparked your interested yet? Here’s a link for tickets: http://bit.ly/2bjN5Fv

If I haven’t, how about these photos from my experiences? 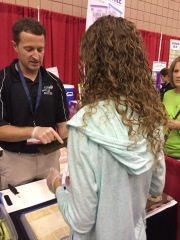 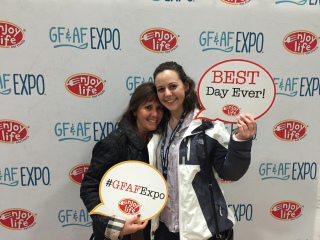 Or how about this schedule of classes you can attend at the GFAF Expo….

Still don’t have your interest? Well you’ve made it this far into my post so you have to be somewhat interested. So checkout my previews and recaps from 2 out of my 3 prior expo experiences. (The first happened before my blog was born)

Are you drooling yet? No? Well check out the list of vendors for this year! Glutino, Enjoy Life, Feel Good Foods, Udis, Veggie Fries….

Yeah I know, me too!

So you could say I’m an experienced expo visitor however I am still SO excited for this year. With all of the amazing vendors, it is important to arrive hungry and not to waste your stomach space on foods you know you already love. For example I already know I love Glutino. Obviously I am going to stop to support my favorite brand and try their new pretzels but I regret wasting my stomach space on them when I could try something new. Like a bagel from Sweet Note Bagels.  I was dying to try their products on my last expo trip but didn’t have the stomach space for it. This year I am determined to save stomach space for them.

Here are some of the vendors I am prioritizing my stomach space for this year:

There you have it. If you made it this far in my post I must have convinced to attend the GFAF Expo, so here are the details:

How to get tickets: http://bit.ly/2bjN5Fv 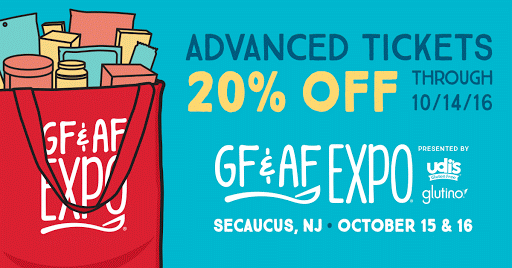 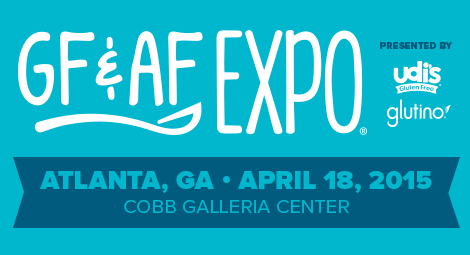 (My goodie bag from 2 years ago)

I am so excited to go again and try all of the new products and samples from my favorite brands. I am also excited to meet some of the local places that I never knew existed. The way we originally found out about the GFAF Expo was because of my grandparents. They were in Stirling, NJ and ran into a bakery called Gluten Free Gloriously. The bakery told my grandparents that they were low on stock because they were busy preparing for the GFAF Expo. My grandma called me and introduced me to the Expo, (I have since ordered multiple birthday cakes from Gluten Free Gloriously) and soon after I bought my ticket to the expo and was in awe. There were many local vendors like Gluten Free Gloriously! Although I only have a month left in Atlanta before graduation, I am so excited be introduced to more incredible local Gluten Free Vendors at the upcoming Atlanta GFAF Expo.

Join me and Gabe at the GFAF Expo on April 18th at the Cobb Galleria Center! Right now only tickets are 20% off! You can purchase them here using code ADVANCE. You can also get a FREE 1-year subscription to Delight Gluten Free Magazine if you purchase an Expo ticket online thru 4/17. 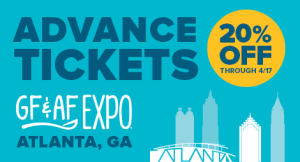 Want FREE tickets?! Stay tuned for tomorrows post as I will be providing instructions for how to win tickets to the 2015 Atlanta GFAF Expo!!

For more information on the expo visit http://gfafexpo.com/

Most people when they move into their first apartment are excited to buy furniture, have their own space, etc. I on the other hand was excited because my roommate was Gluten Free too, so we would have a Gluten and Dairy Free Apartment. (She is allergic to dairy) All semester we put our cooking skills to the test, trying out Rice Cooker, Pinterest, and Cookbook recipes, modifying most of them to make Gluten and Dairy Free. After every successful meal we would text our parents a picture to brag about the outcome. After making my parents extremely jealous all semester, when I came home for Winter Break they decided it was my turn to cook dinner.

I selected two of my favorite “school” recipes and one of my favorite “home” recipes to put to the test. For dinner I made Quinoa Pizza Bites, Maple Balsamic Roasted Brussels Sprouts, and Chocolate Chip Cake and it was just as successful when I made them at school.

My family loved it all! 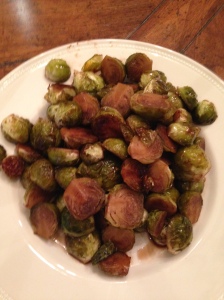 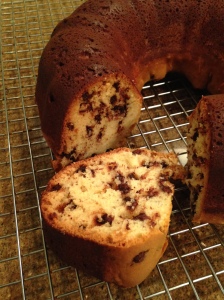 In honor of the 10 year anniversary of my Celiac Disease diagnosis, I decided to start a blog about my gluten free adventures. I figured the most appropriate way to start my blog would be by sharing my story.

When I was first diagnosed I only knew two people who had Celiac Disease, my family friend and Elizabeth Hasslebeck. Gluten Free wasn’t a fad then. It was rare. No one knew what gluten was and trying to explain it at a restaurant was not easy. And it wasn’t anything like the Jimmy Kimmel Video, because these were waiters serving me food and if they messed up I got sick.

We first noticed something was up in the Winter of 2004. I had just started Middle School. I went from a grade of 100 to 400, I was making new friends, dealing with a new school and new surroundings. I had to wake up an hour earlier for school and carry my books with me as I ran from class to class with only 4 minutes in between. I went through a lot of social changes that were tough and would make most people want to stay home from school, but I had a different reason. I was sick. I had terrible stomach aches all the time, I couldn’t focus, I was tired and I couldn’t pick my head up from the table at breakfast. I would sit down to dinner at night and eat 3 meals yet I weighed only 60 pounds and I was getting thinner by the minute. You could count my ribs and I couldn’t wear pants without cinching them as tight as they could go.

It didn’t take long for us to see a gastroenterologist. However, my doctor was convinced that my symptoms were not Celiac. It took my family friend a few years and six doctors to find out she had Celiac so we convinced the doctor to test me for Celiac. Eight tubes of blood later and almost passing out, the results were in. We went back to the doctor and he said “wow I don’t know what made me think it was Celiac but I guess I was right!” Although we were happy to find an answer, this started a rough few weeks of learning how to control my new diet, and dealing with a doctor who really didn’t know what he was talking about.

The doctor told me I would need an endoscopy to confirm the results, but in order to do so, I needed to start my new gluten free diet immediately. My mom made an appointment to see a nutritionist right away because we had no idea what gluten free meant. The nutritionist told me that I shouldn’t be on a gluten free diet before my endoscopy because my body would repair itself and the endoscopy would be inconclusive. We were so lost because the doctor said one thing and the nutritionist said another. It was the day before Thanksgiving and we were supposed to get on a plane to Florida and we didn’t know whether I should be gluten free or not. My mom found information on a pediatric Celiac doctor out of Baltimore and decided to go out on a whim and email him. He fortunately emailed my mom back immediately to help answer some of our initial questions, including whether or not to go on a gluten free diet before my endoscopy. (The answer was no)

I went for my endoscopy and it was a normal procedure nothing too crazy. The results of my endoscopy came back while we were in Disney World  and my doctor decided it was a good idea to inform us of the results through a voicemail. Great doctor. We were in the middle of Disney World and now had to all of a sudden change my diet. By this point we were vaguely familiar with the new diet because of the meeting with the nutritionist before my endoscopy.

We came home and saw my doctor to learn about my a new diagnosis, we start asking him questions. He responded with, “next time you come see me you will know more about Celiac than I do.” My mom was very upset, as any parent would be after finding out their 11 year old has an autoimmune disease.

We ended up making an appointment to see the doctor in Baltimore who helped my mom the day before Thanksgiving. He and his nutritionists had all of the answers to my questions and introduced me to my new lifestyle.

I can’t say that I’ve had Celiac longer than most people and I can’t call myself an expert, but I can say that I’ve been through a lot and I am extremely fortunate to be happy and healthy over 10 years later.

What is Celiac Disease: (the short answer)